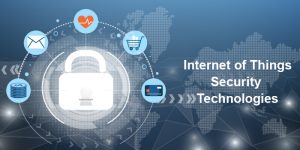 Have you ever imagined computer machine, online device, digital machines, and other objects could ever interacting with each other and exchanging information? Well, that seems to be the possibility these thanks to advanced technology. Internet of Things is nothing but a combination of computer machines, online devices and others objects in real life that are interacting with each other and exchanging information. In simple words, you can describe the Internet of Things as connected physical objects that can interact with each other over the internet. Let’s read about the Internet of Things technologies and how it’s changing the landscape of the computer industry.

Secured network is very important when we have huge number of devices connected and exchange information. Securing simple network is very easy as there are limited devices connected in a network. IoT security is very challenging because of vast network, wide range of communication protocols, device capabilities and standards. All these combined together may pose huge challenge for securing network. Antivirus, antimalware, firewalls and intrusion prevention and detection systems are necessary for maintaining security.

IoT network is huge and lots of users would be connected to a single device. To improve security users must be authenticated. Using passwords, pins could be used to authenticate users for accessing Iot devices. Traditional authentication requires users to enter credentials in order to access devices in a network. In Internet of Things many authentication scenarios are machine to machine.

It’s important that providing complete X.509 digital certificate and cryptographic key and life-cycle capabilities, including public/private key generation, distribution, management and revocation. Directly implementing these security measures is not possible, as hardware specs of IoT don’t allow it. Digital certificates can loaded at the time of manufacturing and activated with the help of third party PKI software suites.

IoT security analytics is very important. Lots of information is gathered in the IoT network. Analytics should be carried on collected, aggregated and normalized data for generating reports. IoT should notify any malicious activity when activities fall outside of established policies. IoT security analytics helps in detecting IoT specific attacks and intrusions. Firewalls won’t recognize these attacks as they could be by traditional network security solution.

Concept of Internet of Things looks quite bright. Though there are many challenges one might face while dealing with IoT. In IoT lots of devices are connected in a network and a simple loop whole would compromise the security of whole network putting data at risk. Security measures are necessary for securing huge amount of information on IoT network.

click here for IoT Online Training. Learn from the Expert